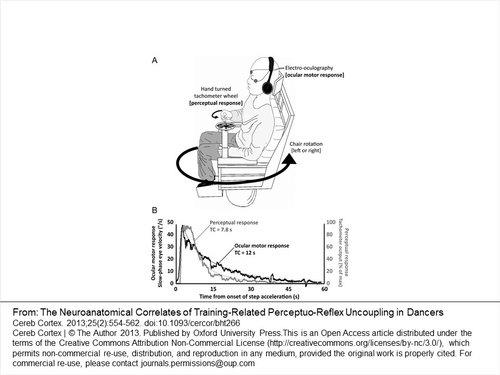 Not to stress– reading this blog short article does not call for a background in scientific research! #youcandoit

So that pirouette thing proceeds rotating my head. For the very first time ever before, I had like two weeks in a row where I was continually doing a double on the left side– a wonderful one also, not simply getting around. Yet then recently I believe I lost it once again. It was far better once more today. A lot for consistency.

There is an unlimited number of hints as well as modifications when discovering and also understanding a pirouette. From which one has constantly stood a bit out for me: Identifying.

What I have constantly questioned, from all the important things you can concentrate on– exactly how vital is identifying when you are simply finding out a pirouette, or a dual, or three-way (I think after that you got the hang of it, so you do not require that question any more!)? And what in fact takes place during a spot, with your head, your eyes, as well as your mind? And also if you know all that, how can that help you with learning to pirouette?

Below is a little intro: From all I have researched up until now, identifying as well as what it in fact triggers in the mind is perhaps the major reason why it can take several, many years to turn well constantly. So, if after five years of ballet training, you still get annoyed over your turns, although you seem like you are solid sufficient for them– add an additional 5 years, and points could look much various.

At the very least that’s what one super interesting study from England recommends.

However let’s begin with some basics. Why do you spot, as well as what is the complicated feature of it?

In ballet, doing pirouettes usually does not take place alone. Significance– you intend to do as numerous clean turns as possible (or however numerous the choreography requests for) AND THEN CONTINUE into whatever step comes next, as if absolutely nothing has actually happened! So you intend to stay clear of falling out of the turn, as well as lessen the beginning of vertigo (= the experience of rotating and also exactly how the space whirls around you). Spotting aids with all of that, since it a) stabilizes your visual field and b) takes full advantage of time where your head is NOT turning.

In order to recognize much better what takes place to the brain as the head spins around, allow me present you to 2 new good friends:

1.) The Vestibulo-Ocular Reflex (VOR): A reflex is an involuntary neural response (like blinking, or stabilizing reflexes when you loosened balance on an unsafe surface). The VOR is a response that begins when your head transforms: It makes the eyes transfer to the contrary direction of your head turning. So when you do a pirouette to the right, and your head starts resorting to the right, the eyes will relocate to the left!

2.) Self-perception of rotation: The neural networks of your brain view that you are turning, which is swiftly followed by a start of vertigo (=experience of rotating, the room whirling around you).

Below is the connection: In regular mortals, both of these friends go together. As soon as you begin transforming your head, you start viewing that you are turning, with beginning of dizziness and also every little thing– AND your eye response kicks in.

Currently the intriguing thing is– if you keep transforming and transforming and turning, as well as there is no visual input (in the dark), at some point you don’t really feel that you’re transforming any more. It seems like in fact stalling. At the very same time, your eye response also calms down, so your eyes obtain still, also! This attenuation of the self-perceived switching and also the eye reflex normally takes concerning a min of transforming. And once more, both (self-perception of rotation and eye motion) drop virtually concurrently.

Ok, that goes for mere mortals. Yet except highly educated ballet professional dancers. 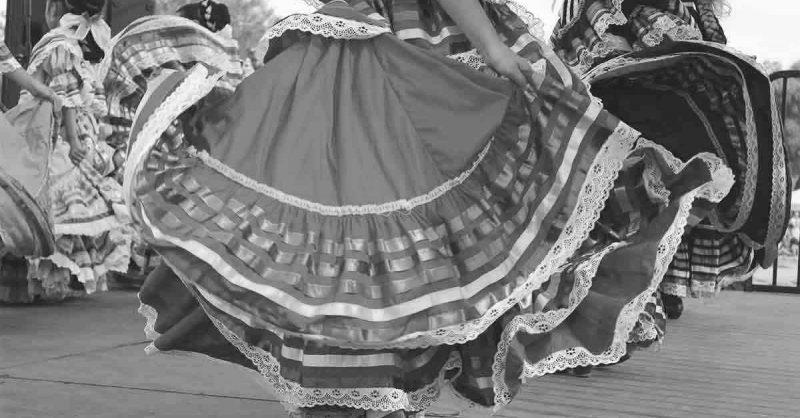 So let’s turn to the study.

The researchers were questioning if ballet dancers’s brains as well as eyes, with all their pirouette training, react similarly to rotation as other trained, however non-pirouetting, professional athletes.

So they hired 29 women ballet professional dancers from the Royal Academy of Dance, London Workshop Centre, as well as Central College of Ballet. The control group included 20 female exclusive rowers. The professional dancers were in their very early twenties as well as had approximately 16 years of training. Controls were matched in training experience, once a week training, age, dexterity as well as various other important variables.

What the researchers did is a fairly typical set up when exploring human beings’ responses to turning: All topics were seated in a spinning chair, in the dark, and after that the chair rotated them for one minute. The athletes suggested their perception of rotation by turning a transforming wheel in front of them in the exact same speed as they perceived being revolved, plus their eye activities were recorded. In addition, all subjects got a brain MRI to see if there were specific areas that correlated with the behavior observations.

The results were fairly striking, and also they tell us quite a bit regarding exactly how to approach your pirouette training.

Below are the major searchings for of the study:

· Perceived rotation and also eye motion died off much quicker in dancers than in rowers. That indicates that professional dancers’ brains “ignored” being rotated far more successfully than other elite athletes’ brains!

· Perception of rotation as well as eye motion were “uncoupled” from each various other in dancers. So unlike simple people, where the eyes type of react to the perception of turning– ballet dancers eye response had a little bit of its own life. You can picture it in this manner: Although they did not feel any type of rotation anymore, the eyes were still doing their thing in order to maintain the aesthetic field (also in the lack of one = darkness).

· There was a details location in the vestibular brain correlated with these findings, and also remarkably, the “better” the dancers remained in getting rid of the feeling of turning, the smaller sized their brains remained in that location! Which was a little bit of a shock initially, since exceptional ability is normally connected with a greater density (“bigger”) brain. The scientists’ analysis: The smaller network is useful for professional dancers, because it simply terminates less, so it helps professional dancers to disregard the rotation far more efficiently. (This is rather the verification for my polar coordinate pirouette mind model. Inspect it out if you have not yet!)

· The more dance experience, the extra the mind had reduced because area.

· The research study was set up in a way that allowed for one pretty vital conclusion: It is very not likely that the results were a consequence of a favorable genetic predisposition for dance. We can rather securely say that the superior neural method for pirouetting is an adaptation to lasting training. Which is good information, since it implies: No one is birthed a turner! Just great deals of work.

Practical Implications for Your Pirouette Training

So what kind of effects do the findings have in technique, when it pertains to finding out and also developing a single as well as several pirouettes? Below are 4 verdicts from the study that you can apply to your pirouette training right away:

Among the crucial effects from the research study is that the neural adjustment to a transforming head is important for performing solid pirouettes. That, consequently (haha), implies that you can kind of seperate a) the strength/balance element from b) the rotation resistance part of a pirouette. So for a), you need to be able to have a strong passé on demi-pointe or pointe, as well as for b) you require a brain that does not obtain much troubled by being swirled around. Currently, given the moment it appears to take for the vestibular plasticity, it’s rather risk-free to say that the neural adaptations take longer than building passé stamina. So it’s possibly a great suggestion to take any kind of possibility to turn your body– slow-moving, quick, to both sides. You can simply do it on 2 feet flat, to make sure that physical tiredness is not a restricting variable to getting great deals of transforming reps. 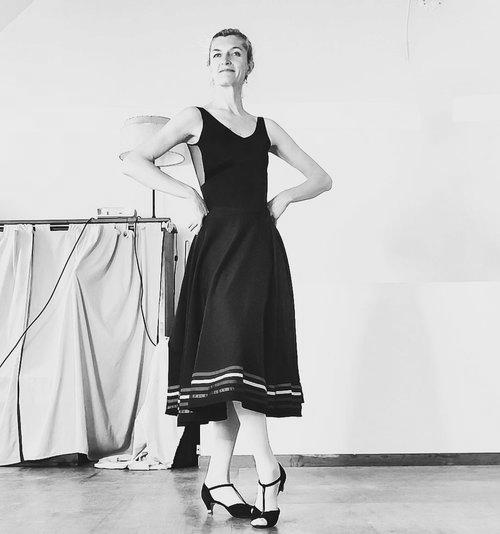 Uncertain where you go to now? You can check yourself quite quickly: If you can go from forth or fifth into passé pretty continually yet have trouble transforming, then you require great deals of rotating method.

There is an additional fascinating end result from the research study: Detecting possibly matters much less than we are usually made to believe. At least for skilled dancers. This comes from the truth that the research was done in total darkness, and also subjects were seated and passively revolved. So the professional dancers’ superior feedback to turning existed even without detecting!

Here is why you ought to not overlook identifying, however, especially when still discovering and building a pirouette. It appears that spotting is a means to activate the plastic changes of the brain, because it is a technique to reduce vertigo. So all that diminishing of the vestibular cerebellum, as well as the seperation of viewing rotation from the reflex action, comes from identifying = offering the mind an experience of exactly how it feels like to be not lightheaded when turning.

However despite the fact that seasoned professional dancers do not always count on spotting, it is still an advantageous strategy to pirouetting without lightheadedness as well as maintaining alignment.

The plastic changes in the mind were highly correlated with the years of dance experience along with hrs each week of training throughout those years. So don’t misery even if you are five to 10 years right into your ballet training, or even much less. It may take longer to establish a turning-affine mind, especially if you do not do ballet for numerous hours per day.

At the exact same time, the evidence provided over gives you a little hack to your pirouette training: Also if you do not take three classes daily– if you can just regularly raise the number of repeatings of head rotations of any type of type, you can faster way the lengthy years to that understands the amount of much less.

And also last, possibly my favored conclusion from all of this: Keep in mind that, probably, turners are not birthed yet MADE. Over several years as well as great deals of repetitions. Which is the end of all excuses, and the start of a turner’s mindset!

Finally … As long story brief: While detecting, or the absence of it, is not a dealbreaker, it is still an essential helper for understanding, enhancing, and also grasping pirouettes. It’s major purpose in knowing is to help the brain experience a turning without dizziness, and also hence start a neuroplastic change that eventually brings about reducing of the rotation-perceiving area in the mind.

And even much shorter: A little light-headedness will offer you well!

Are you equally as interested as well as obsessed by the ramifications of the study as I am? Have you considered on your own a non-turner before, and also does this scientific evidence assist you transform your mind about it? I will most definitely start adding more turnings to my training, preferably in my kitchen area Link to the original paper: